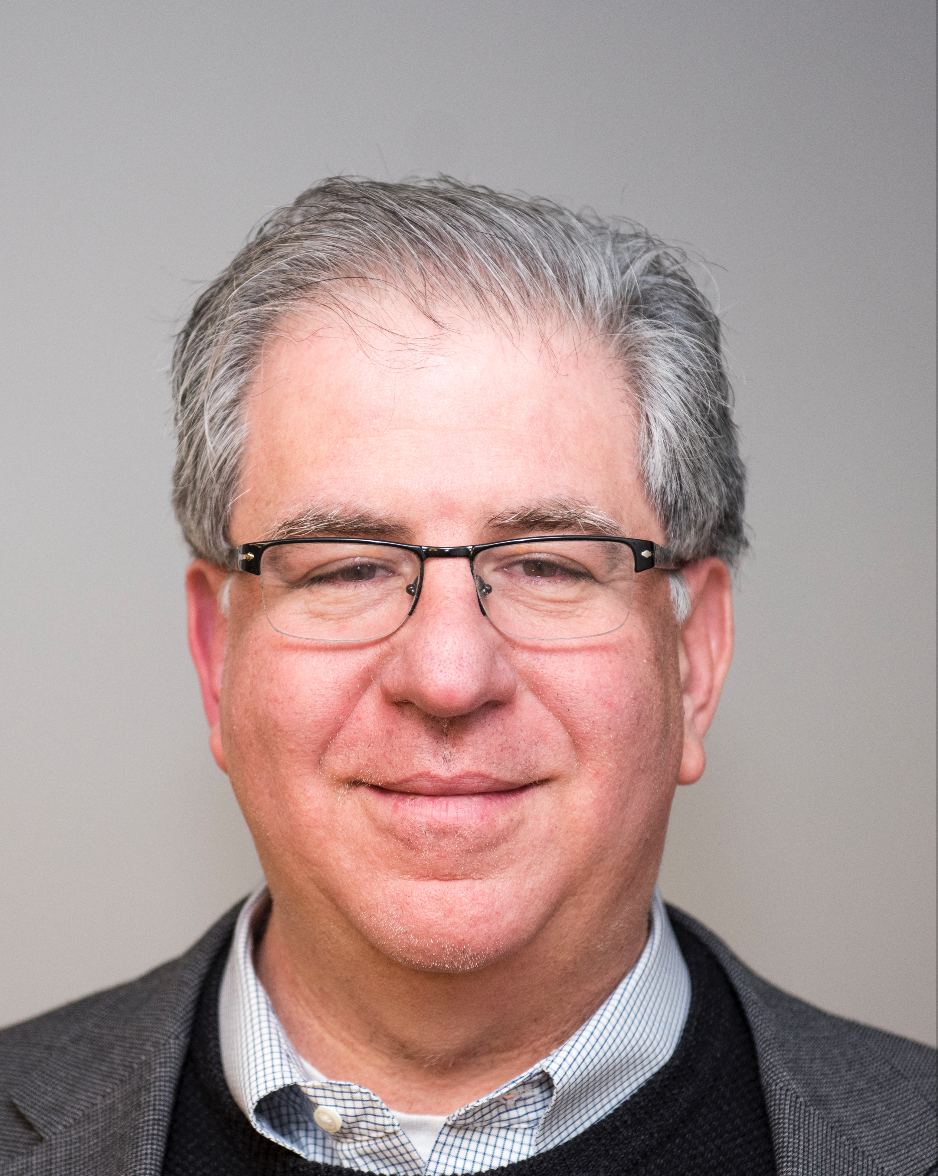 Prior to starting the MAB Strategic Marketing Group, Mitchel spent most of his career in leadership positions at major global communications agencies such as J. Walter Thompson and Young & Rubicam.

Mitchel is the father of a teen with autism and is passionate about helping children and families impacted by autism. He has served on the development committee of Garden Academy (where his son attends school), a marketing consultant for NY Collaborates for Autism, and is proud to be a trustee of NYC Autism Charter School.

Mitchel has a B.S. and M.B.A from the Wharton School of Business. Mitchel & his family live in Morganville, NJ. 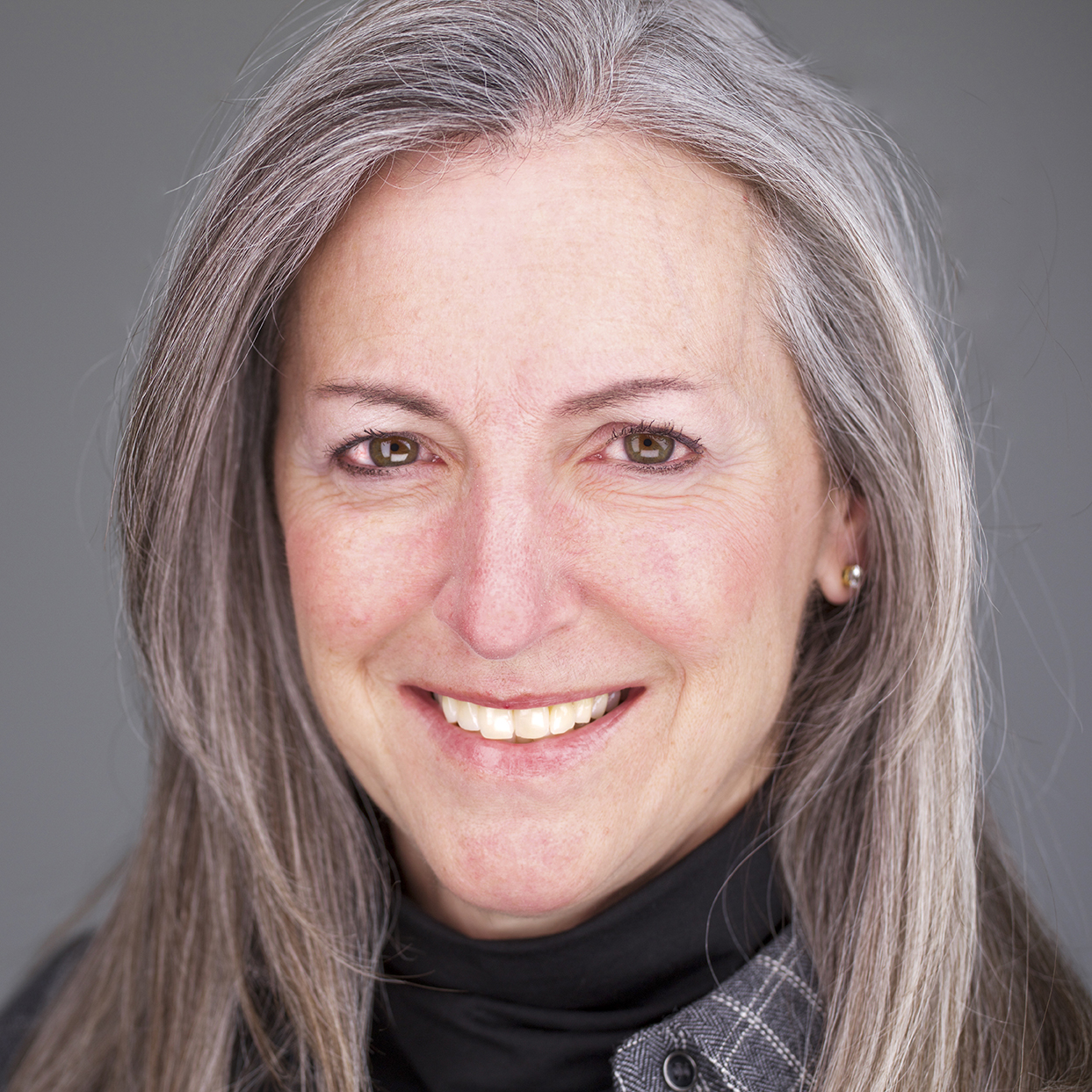 Ashley Garrett is an American photographer based in New York City. She specializes in production photos for theater, music and dance, and portraits and headshots for individuals and groups.  Previously, Ashley marketed credit cards at both Chemical Bank and MasterCard and for close to two decades, she managed the All Souls Soup Kitchen, a privately funded organization that serves over 22,000 meals annually. Ashley began her career as a theater teacher and over the past twenty-five years has worked at a variety of schools, including the Amber Charter School and The Brearley School.  Ashley serves on the boards of of the Harvard Business School Fund, Pipeline Theatre Company, Parity Productions, and Statement Arts, a not-for-profit organization dedicated to bringing the creative and performing arts to underserved children. Ashley has an AB in theater from Smith College and an MBA from Harvard Business School. 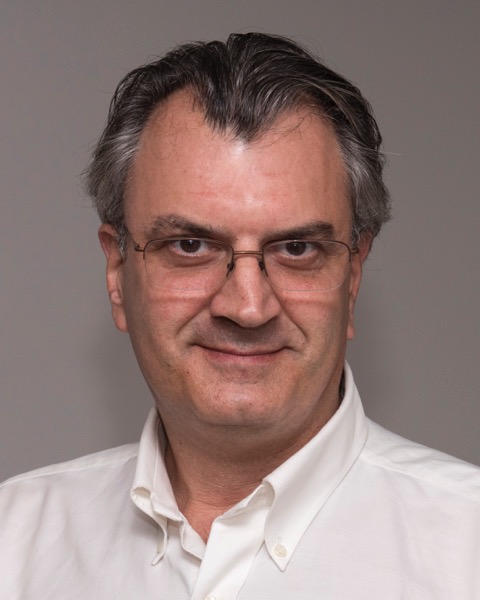 Ben is responsible for designing and guiding the company’s product roadmap and representing Nextek on several key national forums. Ben is an electrical engineer with 20 years experience in technology and management consulting. For the EMerge AllianceTM, Ben is the Chair of the Technical Standard Working Group and has guided representatives from the member companies to author the recently completed standard. A graduate of Tufts University and Columbia Business School, he has developed proprietary controls and precision devices for Technicon Inc., performed Telecom and Media strategic consulting for Booz Allen & Hamilton as well as corporate strategy and new business development for SNET (now AT&T). Ben developed one of the company’s key patents for the bi-directional version of their flagship product. 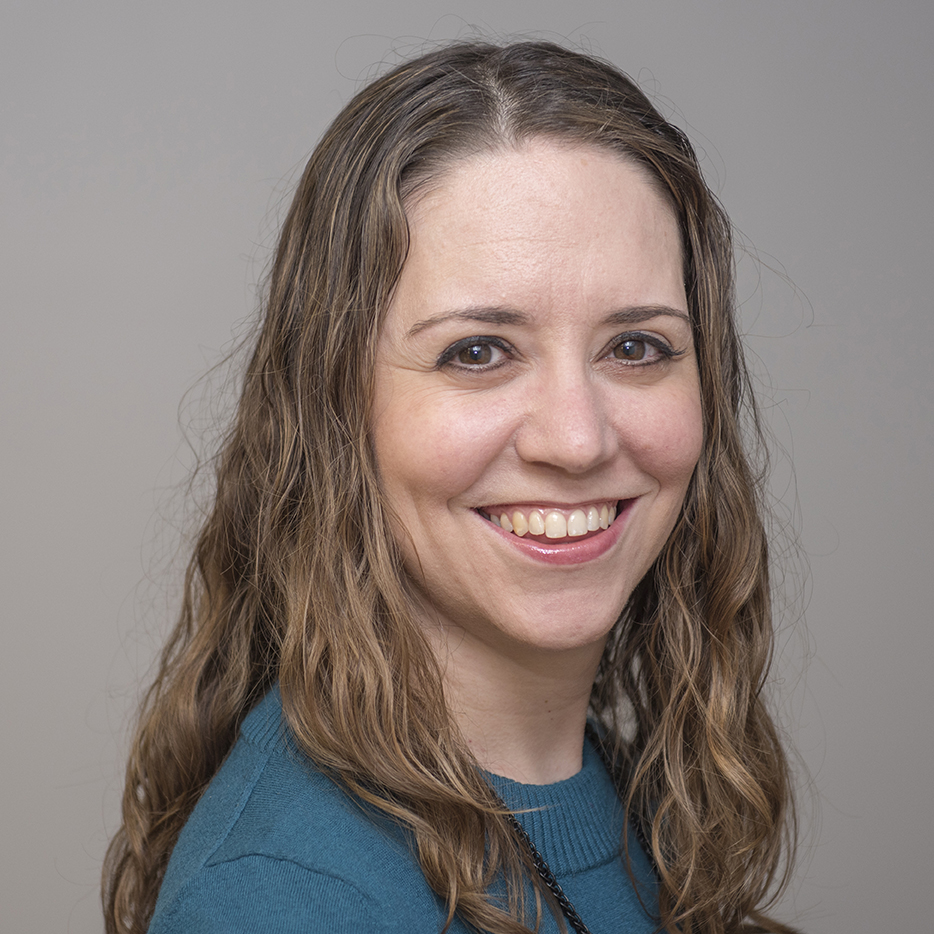 Hannah Hoch is a Board Certified Behavior Analyst and licensed clinical psychologist specializing in the education and treatment of individuals with autism. She received her doctorate in Psychology from the CUNY Graduate Center Learning Processes and Behavior Analysis Psychology program and now teaches in the Psychology Department of Barnard College. Her clinical and research interests include reduction of challenging behavior and increasing language and social skills in children with autism. 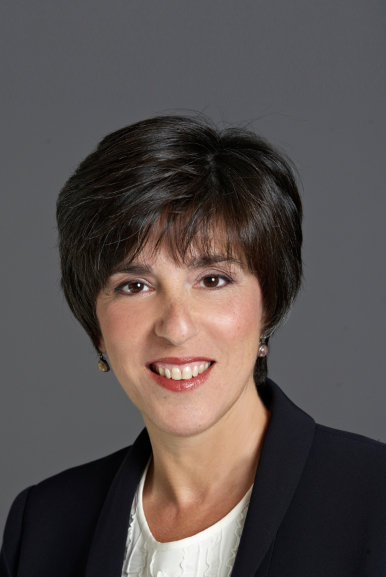 Ilene Lainer is a co-founder and President of New York Collaborates for Autism (NYCA), an organization founded in 2003 dedicated to creating innovative replicable programs that address the needs of individuals and families living with Autism Spectrum Disorder (ASD) right now. NYCA has co-founded the NYC Autism Charter School, Hunter Autism Research, Practice & Policy Center, NewYork-Presbyterian Center for Autism and the Developing Brain as well as Project SEARCH Collaborates for Autism, which uses an autism enhanced curriculum. In 2016, NYCA will open Neighborhood Network of New York (NNNY), a new community living model for adults with autism, in collaboration with Community Living Opportunities (CLO). Ilene Lainer was formerly a partner at the law firm of Grotta, Glassman & Hoffman (GG&H) where she practiced labor and employment law on behalf of management. Ilene currently serves on the Board of Trustees for the NYC Autism Charter School, is the Board Chair of NNNY and is a board member of NYCA. She is the mother of two sons, one with autism. 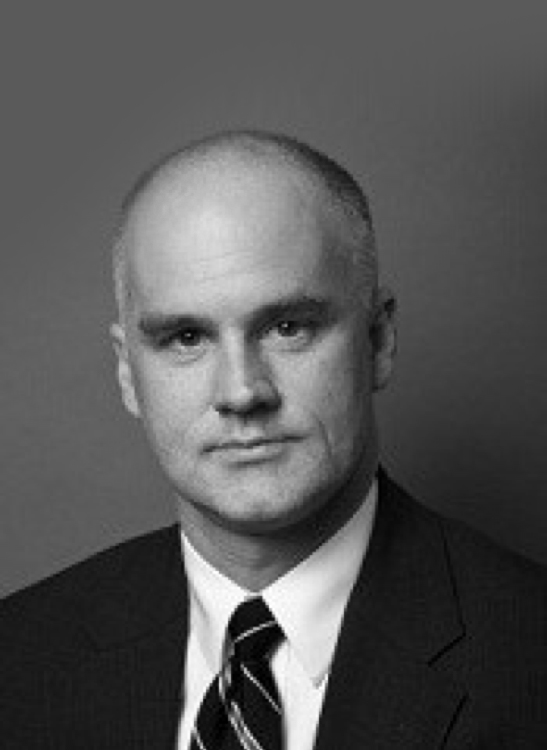 Paul T. O’Neill is an education attorney, advisor, professor and author. He is Co-founder and Senior Fellow of the non-profit National Center for Special Education in Charter Schools. Mr. O’Neill is also Founder & President of Tugboat Education Services and head of the Education Law Practice Group of Cohen Schneider & O’Neill LLP in New York. Much of his work is devoted to the intersection of special education and charter schools. This focus is also reflected in his academic work. He serves on the adjunct faculty of Teachers College, Columbia University where he teaches courses on education policy and law. 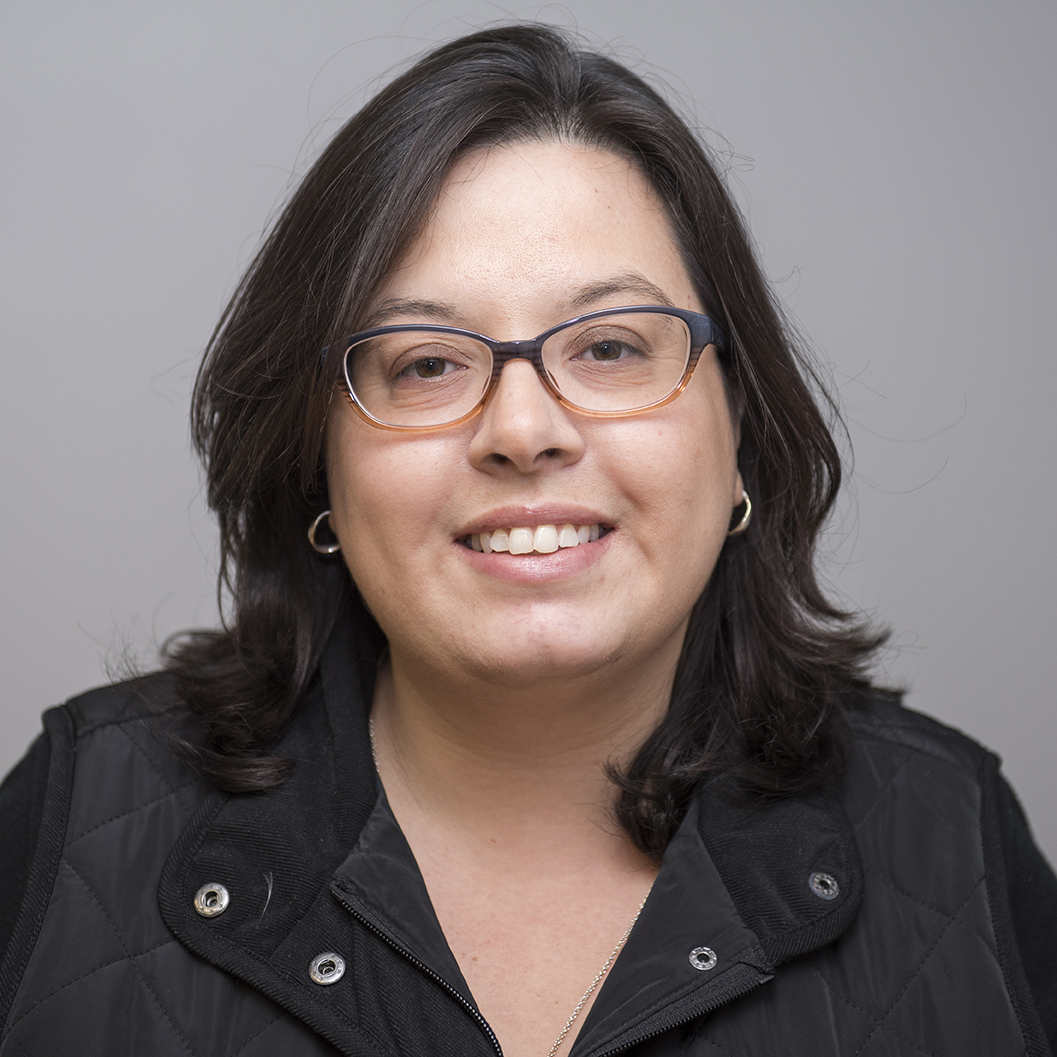 Carol Santiago-DeJesus has worked in the East Harlem community for nearly twenty years where she has demonstrated success in developing and operating highly effective workforce development and community social service programs with several nonprofits and currently with El Barrio’s Operation Fightback as its Director of Workforce Development. She attended high school at the Ethel Walker School in Connecticut, earned her undergraduate degree at Columbia University, and is currently pursuing a Master’s Degree at the CUNY School of Professional Studies. Her certifications include the Family Development Leadership Credential from the University of Connecticut Center for the Study of Culture, Health, and Human Development and the Certificate of Excellence in Nonprofit Leadership jointly awarded by Michigan State University and the Society for Nonprofits. Carol is a member of the New York City Employment and Training Coalition, the National Association of Workforce Development Professionals, and the Society for Nonprofits.

She has served on the Board of Trustees for the NYC Autism Charter School since 2009 (where her son is a student), as well as on the Board of Directors for D3 Sports and Rec, Inc., a nonprofit that provides adapted sports and recreational opportunities to children/teens living with autism in the Bronx. Carol was born in Puerto Rico and resides in the Bronx with her husband and two children. 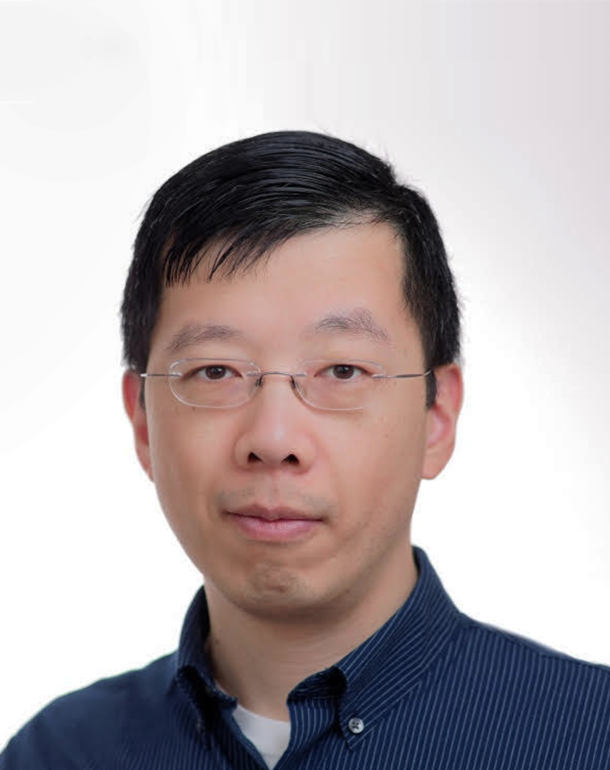 Alvin Shih has been employed in financial services IT for nearly two decades as a hands-on software developer as well as a software development manager. He became interested in autism after learning about children of fellow IT professionals exhibiting selective mutism or becoming completely noverbal, as well has his own daughters being diagnosed with PDD-NOS. After taking a Coursera class on Behavior Analysis, he became a huge believer in the ABA-focus of the NYC Autism Charter School and serves on its board to support its ongoing success. 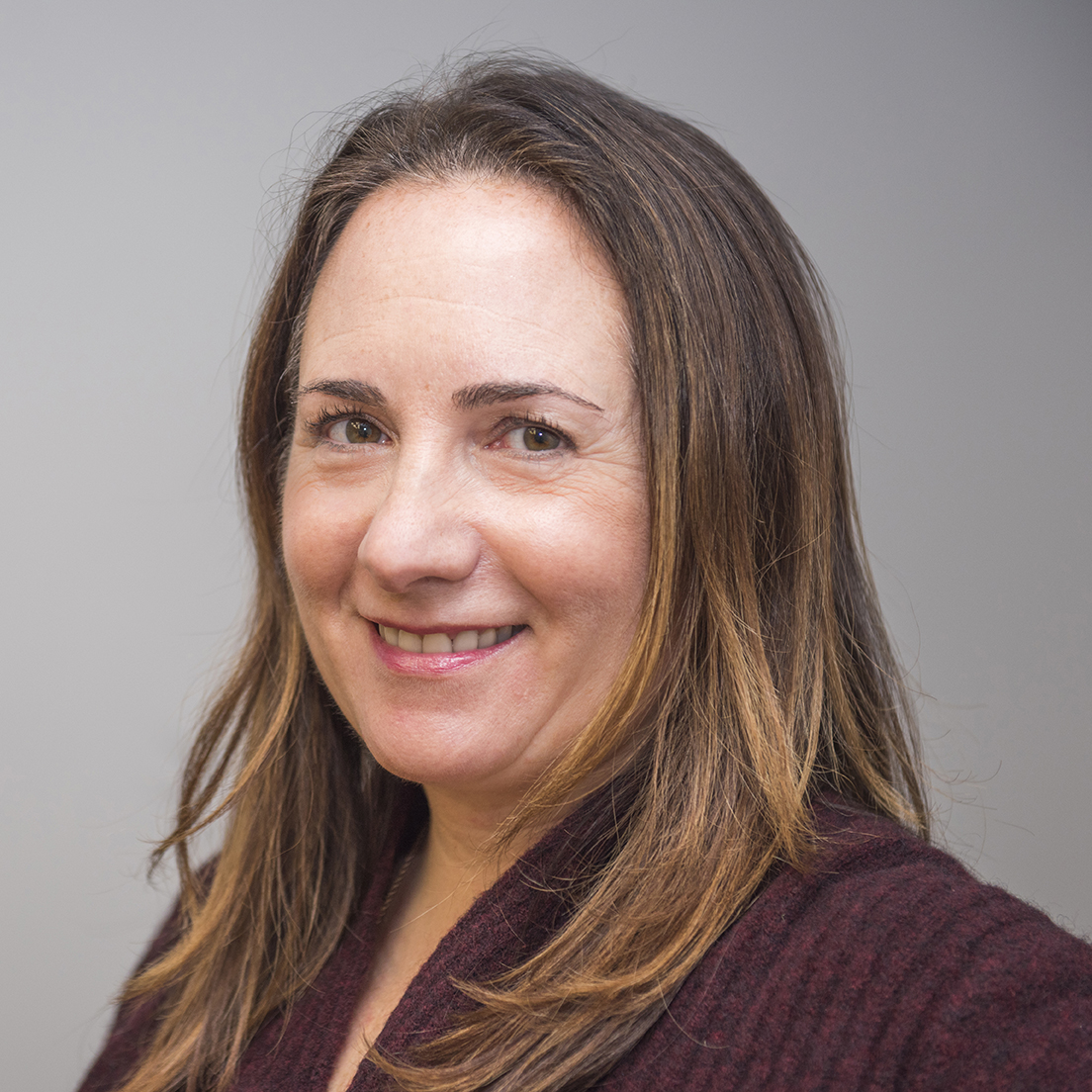 Christine Sandler is a transformational, strategic and collaborative senior executive with a proven track record of driving revenue growth during corporate transitions and market changes over her 30-year career in financial services. Christine is passionate about evolving the customer experience and is known for building, leading and developing top-performing sales teams.

In 2014, Christine was recruited to Barclays Capital to lead cross-selling efforts and new business generation throughout the U.S. equities business. Christine remained close to her roots leading electronic sales efforts, post-regulatory transition and enabled the organization to regain 50% of lost market share over 18 months.

Prior to Barclays, Christine was Executive Vice President and Head of Global Sales at NYSE Euronext, reporting to CEO Duncan Niederauer, and a member of the organization’s global management committee. Over the course of six years, Christine was tasked with generating global revenue and implemented a transformational shared service approach to sales while focusing on aggressive cost reduction. P&L exceeded $1 billion annually, while costs fell by 11%, exceeding company targets. Christine was chosen by the CEO to lead a global cross-functional team focused on deepening the organization’s customer relationships. Christine drove efforts to implement Salesforce.com CRM system globally, and established a company-wide measurement standard, Net Promoter Score (NPS.) Along with establishment of a metric, client query technology was developed. As a result, NPS improved from -47 to +15 over three years.

Christine served as Managing Director and Head of Electronic Sales at Merrill Lynch following the acquisition of Wave Securities LLC. Revenue and active accounts grew by 300% under her leadership, representing an example of revenue acceleration through change, a central theme present throughout Christine’s career.

Christine led sales efforts at Archipelago LLC, driving market share gains from 2% to 18%. Christine was selected to spearhead revenue efforts for the first affiliate broker of a national securities exchange, Wave Securities. Wave was named “Top Nasdaq Broker” by Institutional Investor, 2005-2006. Christine was an instrumental member of the strategy team tasked with selling Wave Securities to Merrill Lynch in 2006 and remained as Head of Electronic Sales. Prior to her sales career, Christine actively traded on the buy-side and on a proprietary basis this experience served to reinforce her commitment to evolving the end-to-end customer experience.

Christine is committed to Women’s Leadership development and serves as Chair of the Security Traders Association’s Women in Finance committee. She has been recognized as a leader in Women’s empowerment and has been awarded the following accolades: YWCA Academy of Women Leaders in 2008, Excellence in Leadership by Trader’s Magazine in 2013, and Diversity Journal’s Women Worth Watching in 2014.

Christine is a proud angel investor and advisor to many diverse technology start-up companies and is a runner, cyclist, avid reader, amateur chef, gardener and philanthropist. 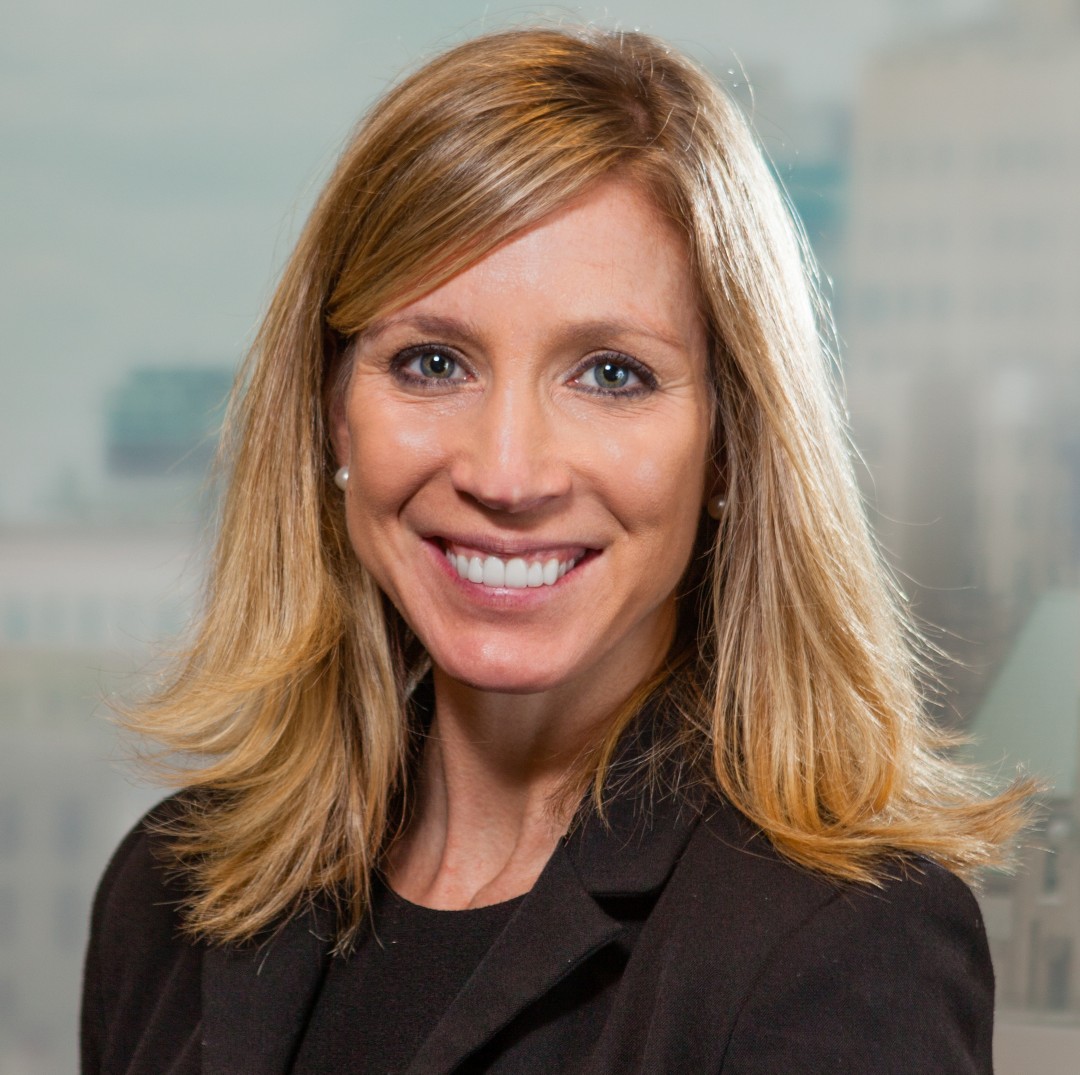 Alysia is a Partner in the Financial Services Assurance practice of EY, focusing primarily on the Wealth and Asset Management sector.

Alysia has over 14 years of accounting and advisory experience serving a number of clients within the financial services industry, including hedge funds, private equity funds, investment banks, broker-dealers, fund of funds and management companies.  She serves as the engagement partner on a large global investment advisor, various hedge and private equity funds, fund of funds, broker-dealers, and a boutique investment bank. She has advised clients in complex accounting and valuation issues and regulatory matters.

Alysia is a working mom of two boys who is actively involved the development of women within EY. She serves as the Co-Sponsoring Assurance Partner of the Professional Women’s Network (“PWN”). The PWN focuses on empowerment, development and support of the women of EY.

Alysia is a passionate runner, completing 15 full marathons and over 40 half-marathons.

Alysia is a certified public accountant licensed in the State of New York and a member of the American Institute of Certified Public Accountants and the New York State Society of CPAs.